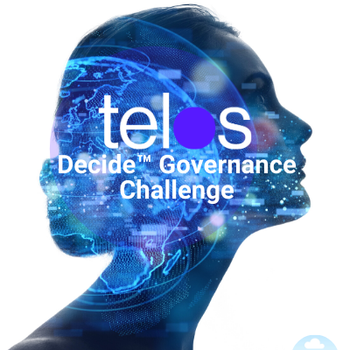 Are you ready to revolutionize the way businesses and communities vote?

Telos Blockchain Network is a leading smart contract platform built on top of the EOSIO software that was published by BlockOne in June 2018. The Telos Blockchain is one of the most scalable and technically advanced public blockchains. It is the second most active blockchain according to Blocktivity.info. A vast variety of applications have already built on Telos, including social media, gaming, and finance, totaling thousands of users and transactions daily. These applications have chosen Telos not only because of its technical superiority but also for the enthusiastic, passionate, and supportive community.

There is no central organization or company behind Telos; the network is owned by the token holders. The community consists of hundreds of experienced professionals around the world. The community is expanding rapidly and every week new dApps deploy on Telos. The Telos Blockchain Network is a promotional and marketing body for the Telos Blockchain Network, and the Core Developers lead the Telos specific technical development.

One of the most notable open-source toolsets is The Telos Decide governance engine which is available for all applications building on Telos. There are already a number of applications that utilize the toolset and have created innovative decentralized autonomous organizations (DAOs). The toolset is suitable for any governance, voting or decision-making process for also traditional organizations that are looking into implementing advanced technical solutions in their operations. The Telos Foundation and TAIKAI welcomes teams from the fields of technology, social, organizational, and political sciences and economics to the challenge. Read more about Telos Blockchain: www.telos.net

Telos® Decide™ Governance Engine Telos® Decide™ is an on-chain governance engine exclusively for the Telos Blockchain Network that offers an extensive suite of voting services and DAC/DAO tools for both users and developers.

Any user on the Telos Blockchain Network may create and publish a public ballot that is secured and hosted through Telos Decide. During ballot creation, the ballot publisher selects a specific token to use for counting votes. The default is the standard VOTE token - usable in all Telos Core Governance ballots, but Telos Decide offers additional services for creating privately managed tokens that ballots can use for counting votes instead.

The Telos Decide Governance Engine boasts an extensive set of voting methods that transform how votes are applied to ballot options. With these voting methods, ballot publishers are able to customize how they want to handle differences in voters' token balances and how those tokens should be cast among multiple choices on the ballot.

Any user on the Telos Blockchain Network may create a custom token treasury that automatically inherits Telos Decide's entire suite of voting services. These treasuries govern the minting and distribution of tokens and can also be customized to allow or disallow specific token behaviors like transferring, burning, staking, or reclaiming. Once a treasury has been created, any voter with a balance of its tokens may publish public ballots accessible to all other holders of that same token.

Telos Decide offers a suite of committee creation and management actions that are available to any active token treasury and its voters. Developers can also hook their external smart contracts into Telos Decide's committee tools to enable complete on-chain management of committees and their members.

Telos Decide's custom rebalance system allows workers to recalculate vote weights when a voter's token balance changes. Workers who perform this service are eligible for payment rewards in proportion to the amount of work they have performed compared to all other workers in the treasury. Future updates will allow for optional identity services to further enhance voting and platform features.

All treasuries created on the platform have access to Telos Decide's payroll system, allowing managers to continuously fund operations within their own treasury. Multiple payrolls can be created under a single treasury, each with their own bucket of funds that are released to designated recipients at a customizable rate.

Light ballots disable the on-chain vote tracking portion of the voting process - this allows for developers to track votes in an off-chain database that is built by an Iris, Demux, or Spectrum style service instead. This option enables Telos Decide to power vastly more voting services by saving RAM costs for both the platform and voters, while at the same time retaining the complete traceability and auditability benefits offered by the Telos blockchain.

Telos Decide has several janitorial actions that incentivize workers on the network to maintain an optimized voting system. Workers are paid proportionally for their work in keeping the platform clean and balanced for all users. The participating teams can utilize the toolset as a whole or by applicable parts. Improving and expanding the toolset and features is also encouraged. For additional documentation, pelase go to Telos Documentation Portal.

The challenge proposed is the development of an application, MVP, or a Prototype, using Telos Decide. The toolset can be used for its primary purpose (e.g governance and voting) but innovations on: