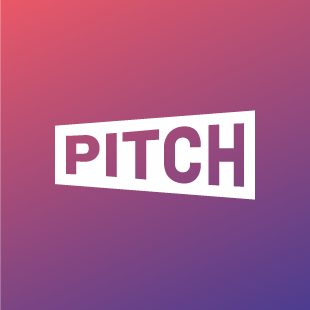 The Web Summit Startup Pitch Competition is a startup competition at Web Summit 2019 that brings together the world’s leading early-stage startups for a live on-stage battle.

To make it more interactive and fun for Web Summit attendees the TAIKAI team has prepared the TAIKAI Blockchain Side Pitch Competition to select the best pitches on an online crowd-based contest that runs in parallel with the event. The competition will run on the TAIKAI platform as a challenge and following the official competition timeline.

The TAIKAI token-based voting technology will empower the transparency, traceability, and auditability of the contest.

How does it work?

The official competition that happens on Lisbon from 4-7 of November will be evaluated by an independent recognized panel of judges for assessment.

The Web Summit Startups selected for the pitch competition will have a project page on Web Summit Taikai challenge, where you can find useful information about the startup.

During the event in Lisbon, we will distribute to Web Summit attendees a voucher with 100 KAIs to vote on the TAIKAI platform.

On the 4th of November, the online voting competition will be open to any person that redeemed the voucher and the participants will have a chance to distribute their KAIs on their favorites pitches/startups.

The Startups that receive the highest amount of KAIs tokens from the crowd will get KAIs as a reward, exposure, social recognition from all the competition voters.

The best voters will also be rewarded based on the final results and their voting choices.

How can i participate as a voter?

On the 4th of November, register on the TAIKAI Platform and redeem the Web Summit voucher to be a participant. Once you redeem the voucher you will receive KAI Tokens to be spent on the Side Competition.

View and evaluate the startups at the Web Summit event and vote for your favorites until 7th November at 11:59pm.

How does TAIKAI ensure transparency and auditability?

All transactions and votes submitted by the participants will be validated on a public blockchain (EOS.io) for further analysis or audit purposes.

What are the incentives to vote fairly and correctly?

As a crowdsourcing-based platform built on a token-based economy, the platform will recognize the voters that have identified the best pitches and will reward them with KAI Tokens to acknowledge their participation in the contest, using a proprietary algorithm.