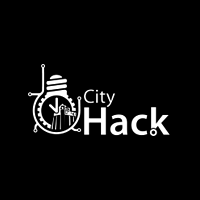 CityHack is an event in the form of a 24-hour marathon, that aims at the development, in that period of time, of technological solutions for cities. The 2020 edition, apart from the development of solutions aimed at social impact, sustainability and circular economy challenges, corresponding to the sustainable development goals stated by the United Nations, may also consider other challenges, to be defined by the Organizing Committee.

The event is organized by the Portuguese Polytechnic Institutes of Castelo Branco, Guarda, Portalegre and Tomar. The coordination of the organization will be conducted by faculty members appointed by each of the Institutions.

a) The applicants will be teams from 3 to 5 elements students from Universities or Polytechnic Institutes, and at least 2 of these elements must come from technological courses. Each team may include up to two elements that are not Higher Education students, as long as they are not staff members of any of the organizing Polytechnic Institutes, or of any of the organizations or companies that are part of the jury.

b) Applications will be submitted by filling the form available at the website www.cityhack.pt.

c) Each team will have to state which organizing Polytechnic Institute they wish to associate their application to.

e) Individuals that apply as part of a team, will be encouraged to create a team, or to join an existing one. Individual participations will not be allowed.

a) CityHack will be carried out online, associated simultaneously to the Polytechnic Institutes of Castelo Branco, Guarda, Portalegre and Tomar.

d) Participants must provide all technological means and software they deem as required for the development of their ideas, such as laptop computers, development IDE, etc.

e) Teams will be backed by Mentors, which will be specialists on the areas corresponding to the proposed challenges.

a) The Jury will be divided into Local Jury and Global Jury.

b) The Local Jury will be constituted by Mentors and participants from each organizing Polytechnic Institute.

d) The Global Jury may be technically supported by the Mentors and by faculty members of each of the organizing Polytechnic Institutes.

a) Prizes will be awarded to the best teams, as following:

b) Eventual parallel activities taking place throughout the event may also be subject to prize awarding.

a) The work developed by the teams will be subject to a two-step evaluation: pitch and final presentation.

b) All teams will deliver a pitch with the main aspects of their work. The timetable and duration of the pitch will be defined at a later moment.

c) Each Local Jury will select two teams per Polytechnic Institute for the final presentation.

d) The Global Jury will award the first prize among the teams that were pre-selected by the Local Juries of each of the organizing Polytechnic Institutes.

e) Second and Third Prizes will be awarded by the Local Juries of each of the organizing Polytechnic Institutes.

f) Both for the selection of the finalist teams as well as for the awarding of the three sets of prizes, the evaluation criteria, carrying equal weight, will be the following:

a) Participants agree on the following conditions for application and participation:

All solutions in competition, that were developed and presented throughout the event, are property of the respective authors, under what is established in the Portuguese copyright law.

a) For any question or inquiry, the participants should start by checking the information available on the CityHack website.

b) All other information requests, suggestions or complaints, should be addressed to the Organization, through the contacts provided at the website https://www.cityhack.pt/

The organization of CityHack has full right on the resolution of any complaint or dispute, without any further appeal.