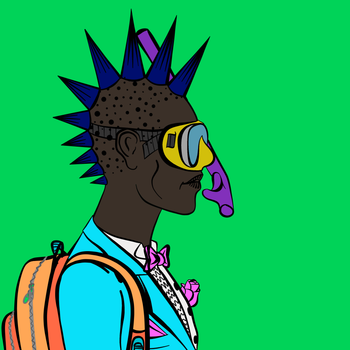 The year is 2055, the world has been conquered by robots. Telosia is the last nation on earth, 42 united settlements across the globe each with 100 guardians, the Defenders of Telosia!

It is the year 2055, and society as we know it has collapsed into chaos. Pre-collapse technology has become the target of wandering androids, who use it to augment and maintain themselves, as well as the roving bands of scavenger bots that scour the ruins for data to feed their machine overlords.

In an attempt to save the collective knowledge of our civilization, all data was stored on the only blockchain that could scale so large without reliance on fossil fuels; Telos.

Now Telosia is the last nation on earth, fractured into 42 settlements across the globe. Ranging from towering cities, underwater domes, great fortresses, orbital space stations, arctic bases and remote tropical paradises; each Telosian domain is defended by 100 guardians, they are the last bastions of humankind.

It is up to these guardians, the Defenders of Telosia, to keep the last blockchain alive; a scant 4200 men and women stand between the promise of utopia and the abyss of a new dark age.

Armed with the knowledge of eons, the DoT possess an arsenal of arms, and sport their favorite fashions from across our history. They’re opening recruitment for new defenders soon, as it is unknown when Telosia may be in danger. All four thousand two hundred positions available. To join the DoT grab an NFT featuring a unique, one of a kind Defender of Telosia!

The DoT are so excited to make their debut on the Telos network. The only blockchain that embodies the principles of ESG, Telos puts people first, keeping distributed ledger technology accessible and affordable without decimating the environment. This is a project aimed at all Telos users, and lovers of NFT art!

The current plan (subject to change) is for approximately 4000 Defenders of Telosia to be generated and sold in releases of 100 at a time. No two will be the same. The remaining 200 will be handcrafted and included in regular releases or sold via commission.

Pricing is TBD, but Telos' low network fees mean that the Defenders of Telosia can be vastly more affordable than comparable NFTs on other chains. Telos fans who want one should be able to get one; the DoT is exclusive, but not exclusionary.

If the Defenders of Telosia take a top spot in Telos Mission NFT or generate any proceeds from sale or commission then they have a plan!

Currently the best course of action for the Defenders is to keep our planet healthy and thriving. With that in mind at least 20% of all project revenue will be directed toward conservation efforts (traceable donation transactions will be provided on a regular basis). The DoT love biodiversity, so they are committed to protecting habitats for our animal, insect and aquatic friends!

The remainder will go into project development. The Telosian Treasury will fund a modest ad campaign, grow our social media presence and draw more attention to NFTs on Telos. A major goal is to build out a website and UI for minting these and associated NFTs. The Treasury will arm the DoT with software to aid in the making of Telosian NFTs, (such as Adobe Suite and 3D modeling tools like Rhino). These steps will help to facilitate the evolution of this project into a whole NFT universe. The future may hold collections featuring the cities of Telosia, or perhaps the DoT's greatest enemies, the world dominating robots and androids!