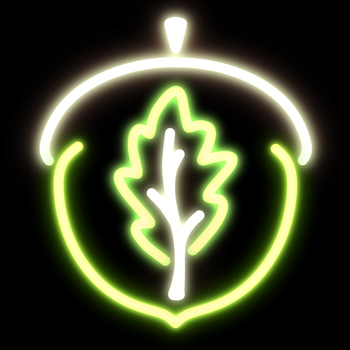 Embrace the nostalgia of iron-on patches reimagined as earnable NFTs, and help us build a community of Telos power users and newcomers alike. Learn more at website.telosculture.com/scouts!

Telos Scouts is presented by your friends at Telos Culture. We’re jazzed about making it easy for anyone to learn their way around the most accessible blockchain around – Telos!

Pull up a camp chair and learn more about the Telos Scouts in our video above!

All The Details You Need On The Telos Scouts.

Take a breath in – the smoky smell of the campfire greets you, along with a hint of roasting marshmallows. Someone’s busted out their guitar, keeping the many creatures that lurk in the forest after sunset at bay. But as you look around – first to your brand-new Telos Scout badge, then to your fellow campers around you – you know you have nothing to fear.

Introducing the Telos Scouts, a hybrid of NFTs, blockchain education, and good ol’ fashioned community that rewards your blockchain knowledge with collectible NFT badges! Our collection of NFTs pays homage to the stitched badges that adorn scout sashes around the world. Earn enough badges and you’ll become an Alpha Telos Scout!

We plan to release different versions of each badge as the Telos community completes their tasks. No two sashes will be alike once they’ve got each Telos Scouts NFT badge ironed on!

The Utility of the Telos Scouts - Showing off your Knowledge!

The Telos Scouts will reward you for completing small tasks that lead up to blockchain mastery. You’ll be able to join us on special episodes of the Telos Buzz to receive your task and spend time with other Scouters. You’ll join in on a real Web 3 jamboree!

We also know that Telos’ strength comes from a thriving community and ecosystem. So prepare to delve deep into different parts of the Telos forest and engage with different dApps to complete your Telos Scout sash! Telos Scouts will appeal to blockchain beginners and Telos power users alike.

We know that a lot of work is needed to introduce the masses to blockchain technology. So what better way to do it than with a smores in your hand, a warm campfire, and scouting friends?

As the Web 3.0 industry evolves, many protocols have begun experiments in decentralised ID, social credibility and soulbound tokens. While the Telos Scouts' primary focus is to educate and build community, we also believe that the potential to incorporate soulbound tokens is quite exciting.

This would allow Telos Scouts to evolve into a protocol that can be leveraged as a tool for social credibility, aiding in sybil resistance for the many governance aspects that make up the Telos ecosystem.

Want to learn more about Soulbound Tokens, decentralised society and social credibility? Check out some of the following resources:

Join the Telos Scouts on an epic blockchain adventure – we’ll see you ‘round the campfire!

Here’s a sneak peek at the first of our Telos Scouts badges - a fun task lies behind each badge! What do you think those tasks could be?