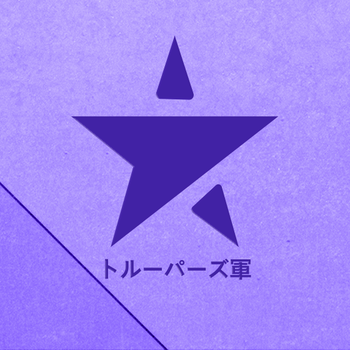 The Troopers are a collection of, 10000 generative PCP NFTs made by Carlos León artist, with meticulously designed features that define brave warriors who also happen to be dangerous assassins against

It is a period of civil wars in the cryptocurrency galaxy. A brave underground alliance of financial freedom fighters has challenged the tyranny and oppression of the imposing SECOND ORDER. Their motto is “Bitcoin for all.” Their symbol is a yellow B, as bright as the limitless future of decentralized currency. Their supreme goal is to complete a complete redesign of the galactic economy.

Although they are noble and courageous, the alliance has encountered harsh resistance by these powers. Led by the schizoid SECOND ORDER organization, they have issued a strong warning. “Crypto cannot exist,” they say. “It must not exist!” they roar. They seem convinced that Bitcoin is an evil, nefarious, anti-imperial technology that threatens the sovereignty of the SECOND ORDER.

But what if SECOND ORDER has a secret agenda?

With the help of a ruthless smuggler, the SECOND ORDER sends legions of ferocious TERROR DOGS into desperate battle to subdue the rebellion. For the first time, the army of the SECOND ORDER has no chance of victory. The rebels are unprepared for the assault and with one last desperate burst of strength, the DOGS OF TERROR destroy their own forces. But this is not the end. They launch a final suicide attack on the main base of the SECOND ORDER.

The SECOND ORDER deploys its fleet, intent on wiping out the rebellion once and for all. It is a desperate struggle, fought in a galaxy of millions of suns. Both sides are ruthless and, at their best, there is no surrender. In a last desperate attack, the SECOND ORDER destroys the rebel fleet and sacrifices its own.

On a planet called Bulltronics that may be the key to victory, the planetary leader comes to confront the enemy.

The SECOND ORDER fears that another defeat could lead a thousand more solar systems into rebellion, and federal control over the galaxy would be lost forever. Under the leadership of a new man, the Rebel Alliance faces its greatest challenge. With three new commanders and crew members from all over the galaxy, players must help our heroes set sail on their great galactic adventure… and fight the battle of the stars to defeat the SECOND ORDER!