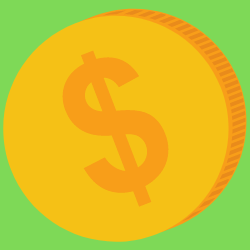 Fairly is a tool to help tech workers living in Portugal know if they're being paid fairly.

Fairly is a tool to help tech workers living in Portugal know if they're being paid fairly. Fairly models the probabilistic distribution of the salary conditioned on several features. The app then allows new users to understand how they compare against the learned conditional distribution. Fairly aims to empower tech workers in Portugal to improve their working conditions by providing them with an open-source tool that is developed taking into account user feedback and really answers their questions.

As of 13th of April 2021, Fairly has helped more than 4000 users understand if they’re being paid fairly. Of these, approximately 700 have shared their anonymous data which further extends the collected dataset and will help improve model performance. The general feedback was very positive, users found Fairly intuitive and useful. Most apps of the same type don’t model the conditional distribution only showing point statistics or histograms which aren’t as insightful.

Fairly aims to continue helping tech workers in Portugal understand if they’re being paid fairly and work towards destigmatizing discussions about income. Based on user feedback there are several directions for future work so that Fairly brings even more value to the Tech community.