The seals are raising their pups on ocean icebergs. The ocean icebergs are melting by the change of seasons every year, but due to ocean warming and climate change are seals forced to leave their lairs built on floating icebergs sooner than ever. As result: too young and unprepared seal pups die from hypothermia, drowning because of exhaustion during the migration as well as being easy prey for predators. Since 1991 the number of dead seals counted in the US coastline has reached a horrible number of 3 000 animals.  Seals are crucial for the arctic ecosystem. Furthermore, dependent on the seals are numbers of fish, polar bears, and an uncountable number of other species, because the ecosystem scheme is a circle and once one species is thriving, the fragile balance of the ecosystem is in danger.
However, a seal isn't the only mammal that is missing the ocean iceberg. For polar bears, floating ice is an irreplaceable part of their daily lives. The ice bears use the ocean iceberg as a base point for hunting. An adult ice bear can swim 48km at a time. For instance, the young bears can't bear swimming in the icy water for such a long period as their mums do. It's similar to seals. The youngs simply drown from tiredness. The bears are forced to swim longer and longer distances, because there aren't as many icebergs as there used to be. Even when they find some, what can they hunt, when there aren't enough seals? This results in polar bears having just 1-2 newborns from the previous number of 2-3.

We cannot undo the past melting and return the natural icebergs in a few days, we are also unable to protect the existing ones efficiently, although we would love to. The seals and polar bears need the icebergs right now, the year 2050, when we will (hopefully) stop the climate from heating up will be too late. But what if we can create an artificial one?

We thought of easy dock construction modified for the needs of the seals including the lair. Since the easy dock system is made completely of polyethylene, there is no treated wood or metal to contaminate the environment. The dock can stand extremely low temperatures, so it's ideal for use in the arctic. Even the freezing water won't do any damage, the dock is designed to remain in the water year-round. In freezing conditions, the docks pop to the top and sit on the ice eliminating any concern about dock destruction. Another plus is, that docks are like puzzles, you can easily take them apart, which makes customizing for animals (for example hole in the base of a dock for a liar entry,) much easier.
The unforgettable part of a fake iceberg is an anchor. This system of anchoring will be magnetic. This is for the case of freezing conditions. As I said before, the dock can pop to the top and sit on the ice, but this is only the case without an anchor, so we will include a system that will allow us to weigh the anchor when necessary.
The design of this fake iceberg includes a camera installed in and outside the liar. In the first place, the camera will capture the life of seals living in this artificial iceberg as monitoring, which can be used in further studies. We also want to use this camera for making some money, we are counting on customers who will buy our original videos. This camera will take place in a box, so when the batteries run out, there is an easy way to replace them with a new one.
Finally, the artificial dock will include a GPS for easier finding of the iceberg and also a backup for the case that something will go wrong and our iceberg will float away.

As far as we know, there's now no such a thing as an artificial iceberg. The only ones are those in ZOOs, but those Icebergs are more of a pretty imitation more for the eyes of the ZOO visitors. 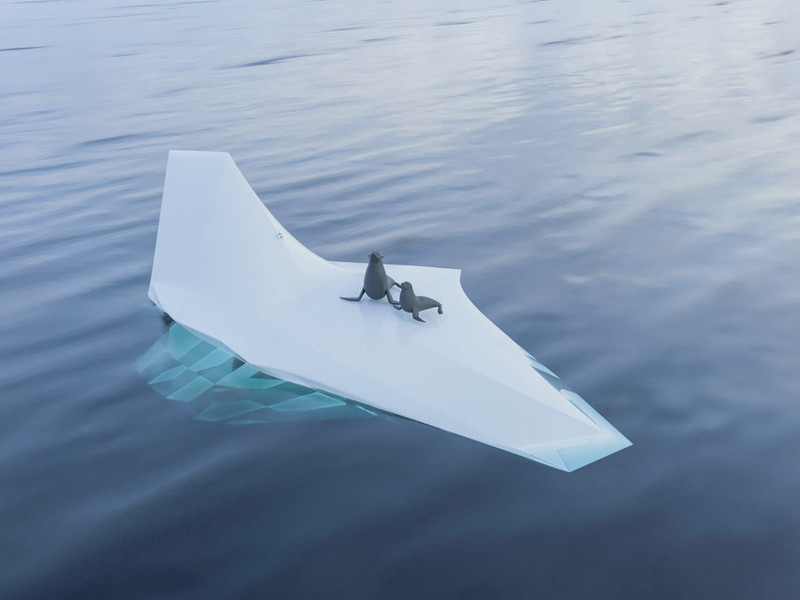 Our project will be built with the community. The whole project will be open to the public, which means anyone can view what is happening in the project, what issues we are currently solving,  and how he can help us to solve those issues.

Donors will see where their money goes and what are the results of their donations.
The technical documentation of the project will be available for those who want to build these docks in their location.

Our business plan is split into two parts:

The docks will provide high-quality camera recordings of seals’ habitats. These recordings have high value as a direct exploration of native habitats and will be sold to Nature-content TV channels, news reports, and research institutions.
The more docks we add, the higher the quality of materials will be, which means a higher price of materials.
Because we are solving not just the seal problem but also the problem of the whole ecosystem, our solution will be attractive for fishing companies. After all, our product will also increase the number of fishes in the arctic oceans which is now a problem. For fish companies, this is a great investment with a high return.
We also provide a direct product for sale. The docks can be sold to institutions, for deploying the docks in their locations.
In the next few years, we will provide additional services such as, reportages, data analysis, and expeditions which will significantly increase the revenue.

The graph of the comparison of costs(red) and revenue(green) in three years: 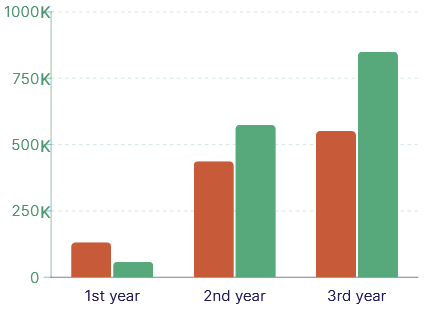 We used data from the Sentinel-2 L2A satellite to detect changing biotopes, so we can place our solutions in places where is it needed. Here are just some examples of how we chose the locations: 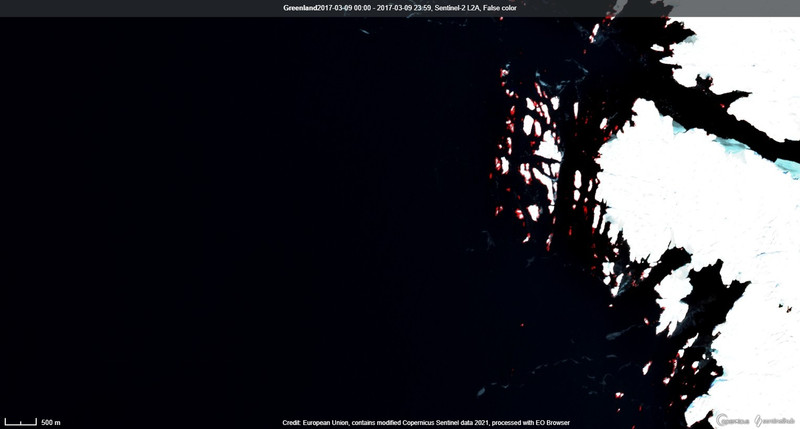 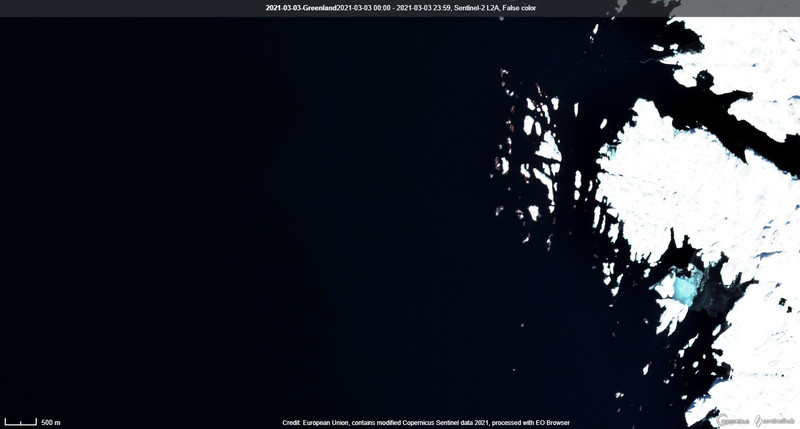 Now you are looking at data from the Sentinel-2 L2A satellite. These two screens are showing disappearing seal colonies. We used False color to detect where the colonies used to live in great numbers. The first picture shows us the situation in the year 2021, second is from 2017. As you can see, the splashes of red basically vanished at the newer screen, which shows us how tragic the situation became.

Why can we be so sure that red represents seal colonies? The False-color shows us heat. The polar bears aren't social animals, birds aren´t making the amount of heat needed to be seen in such a satellite and the only option left are the seals, for whose is this part of Greenland home (a.k.a. was in 2017).

We picked the 2nd challenge: Life on land - Environmental protection

Our team consists of three members. Pravoslav Žilka, who is a passionate Pythonista, our Copernicus expert and CBO of this project. Klára Kleinová, who is our environmentalist, idea owner and amateur zoologist. Timotej Pollák, who is a hardware expert and made a 3D model of our prototype.