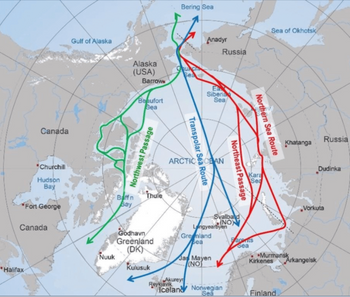 Creation, maintenance and navigation of the Arctic Transpolar route

This project is intended to solve the problem of “Safe passage at sea”.

Predict the future available Transpolar Sea Routes over the Arctic by using historical data mostly based on the climate change.

Once the routes have been predicted, we can use icebreakers to open clear paths and provide a navigation system for the boats. Moreover, we intend to analyse data provided by the boats and satellites in order to maintain the routes.

We are a team formed by three software engineers from differents part of Spain (Malaga, Ciudad Real and Valencia) that met each other on an Erasmus experience in Warsaw.