As the year comes to a close, it's a perfect opportunity to celebrate the achievements, milestones and memorable moments of the past 12 months.

And did we have a busy year!

From merging two companies to growing the team to launching new products, 2022 has been full of exciting and inspiring moments. For this year’s recap, we decided to separate the content into different sections instead of following a chronological order.

Join us as we rewind the tape and look back at the highlights of this year and share a glimpse of the future for TAIKAI Labs and Bepro Network.

It’s no surprise that the biggest achievement of this year was the acquisition of Bepro Network and the subsequent merger of the two entities and teams!

The acquisition addressed an ever-growing need by enterprises and tech companies to enter web3 and leverage the power of blockchain technology. TAIKAI’s working relationships with large enterprises allow it to help them innovate and bridge into the decentralized world via Bepro Network’s suite of technologies. 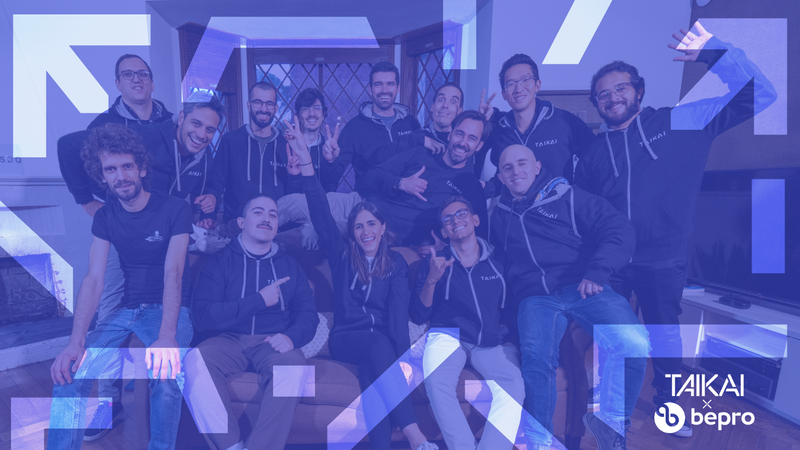 We introduced ourselves to both communities through a Meet and Greet and an AMA session shortly after.

Unifying two companies, two different products, and two teams proved itself to be a great challenge, but one that perfectly highlighted the cohesion and unity that exists within our organization.

Another huge milestone this year was the release of Bepro Network’s v2!

After a highly anticipated development period, we introduced version 2 of the bounty network in October updated with new features, fixes, and improvements.

DAOs and other organizations are now able to host their own bounty networks and devs have already started working on Bepro’s own bounties. 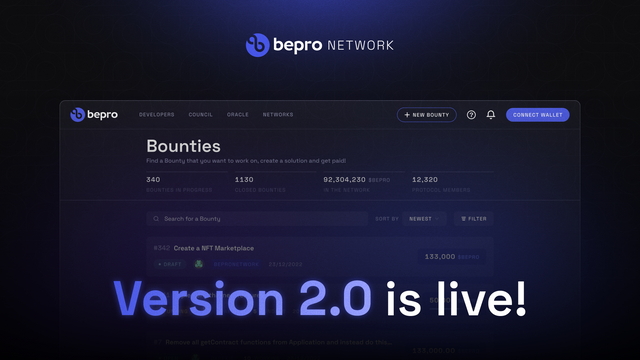 To keep the community informed and up-to-date, we hosted another AMA session as well as other activities to ensure users understood all of the updates and changes to the network.

We also closed two partnerships with Aurora and Bitgert for the launch of their own custom bounty networks.

It will be the first time a Bepro Network product will be available in two of the major web3 protocols, and we couldn’t be more excited.

“Having the top blockchain companies and EVM working directly with us is, on one side, a privilege and important validation for Bepro Network adoption. On the other hand, it’s also one important step toward the true decentralization of our product,” stated Mario Alves, CEO and co-founder of TAIKAI Labs and Bepro Network.

We expect the bounty networks to be launched very soon, so keep an eye out!

Hacken, a reputable web3 cybersecurity auditor, conducted a Smart Contract Code Review and Security Analysis on Bepro Network’s v2 and we received a 9.8 out of 10 rating!

An external audit, performed by a highly reputable company, is a significant step toward ensuring the safety of our users and promoting transparency and responsibility among all stakeholders. 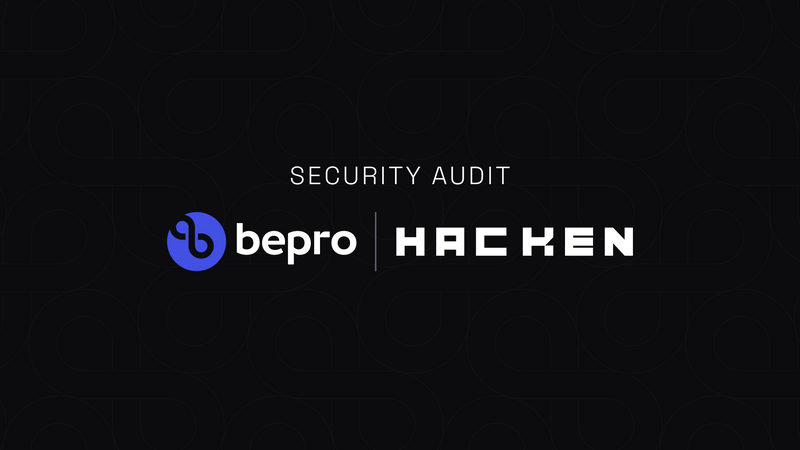 Learn more about the audit

In May, we announced the listing of $BEPRO on the Bitmart exchange. Through the token listing, BitMart allowed us to push even further and introduce Bepro Network to new markets and investors.

We believe this new strategic partnership will be a significant step forward for Bepro Network’s growth and increase brand awareness in both web3 and developer industries. 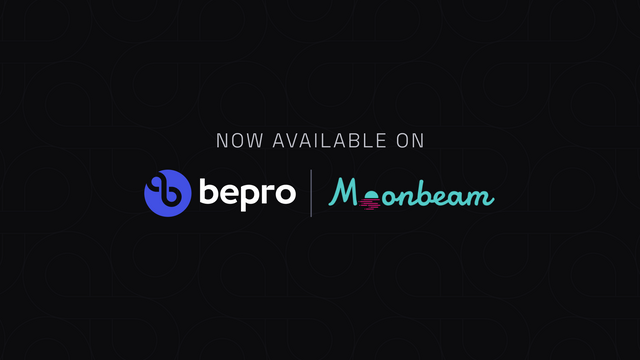 As part of BEPRO Network’s continuous work to bring cross-chain functionalities to the protocol, you can now move BEPRO from Ethereum to Moonbeam.

If you hold BEPRO on Ethereum and want to move it to Moonbeam, it’s possible to do it via Meter bridge to the Moonbeam Network.

We released a complete guide on how to get $BEPRO tokens on Moonbeam.

This year, our hackathon platform underwent significant improvements and updates. As a result, we were able to host a total of 43 hackathons, totaling 120 hackathons since launch.

This increase in activity was matched by a corresponding increase in participation too, as we welcomed over 10,000 innovators to our platform, up from 50,000 the year before.

Last but not least, TAIKAI's platform scored a Net Promoter Score (NPS) of 9.5 out of 10 - a metric that measures the customer satisfaction rate! Overall, it was a successful year for our hackathon platform, and we are excited to see what the future holds as we continue to grow and evolve.

In June, we were selected as one of the 13 startups for Startup Lisboa’s incubation Rocket Program 🚀

The program is focused on scaling startups in different industries, with TAIKAI being selected under the web3 sector.

Welcoming dappKit — The simple way to start your web3 project

In June we also introduced dappKit - a free web3 SDK that allows developers to create web3 products and features, in as little as three lines of code. With dappKit, you can save hours of work by not having to repeat operations and write web3 code from scratch. It also enables you to create a thin layer around custom smart contracts and deploy them effortlessly.

We also hosted an AMA session (you can tell we really like doing these uh?) to answer the community questions and help everyone get started with dappKit, as well as launching dappKit on Product Hunt.

The Bepro Network acquisition was a critical step in expanding our team from 12 people to 25! We also took great care during this transition, ensuring everyone felt welcome and comfortable.

Moreover, we continued on the growth path by bringing on board 6 new members for various departments such as development, marketing, sales, and HR - further reinforcing our strong foundation.

This year we organized our first company retreat, bringing the entire team from Portugal, Brazil and Angola together in Peniche for four days of invaluable bonding activities - not to mention surfing and barbeque! It was an incredibly successful event that enabled us to further strengthen our relationships and team-building. Working remotely has numerous advantages, yet nothing compares to the powerful privilege of being in person with our colleagues that we collaborate every day.

Following our merger of TAIKAI and Bepro Network, one of our top priorities was establishing the ambitious Bepromoter Ambassador Program. 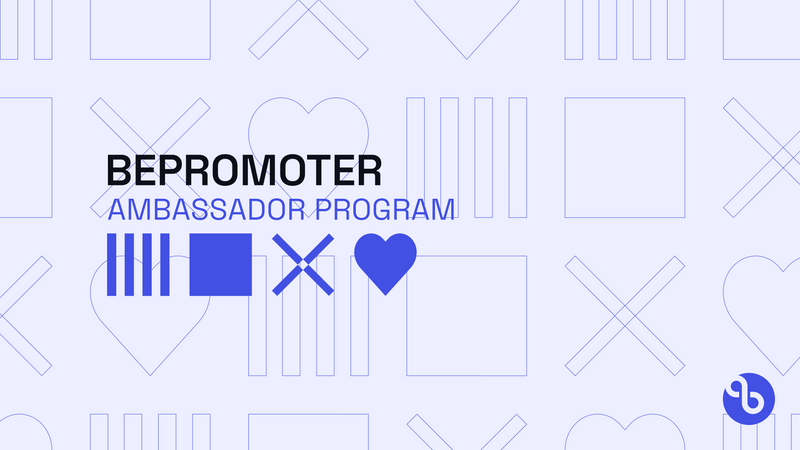 This program was created to encourage community members to be actively involved in the progress of the Bepro Network's ecosystem.

Through closer collaboration with the project, we provided BePromoters with the tools and resources to help Bepro expand its reach, as we wanted the community to grow alongside and be a close partner in this journey.

The results were incredible - In just 24 hours, the BePromoter Ambassador Program received over 125 applications! Starting an ambassador program is just the beginning and we're working hard to enhance our current system. We'll have more exciting announcements soon, so stay tuned!

Also, we’d like to thank everyone who contributed in one way or another to the growth of Bepro and TAIKAI Network.

We are always amazed at how the community cherishes our achievements and milestones as their own, and it gives us an extra boost to be better every day.  Thank you!

Last October, we were pleased to announce the grand opening of DeHouse: Portugal's newest web3 hub! Mário Alves, CEO and co-founder of TAIKAI, shared:
“We had the vision to create a Web3 hub for quite some time now. Portugal’s web3 culture is emerging and our country is becoming a prime location for the web3 community to gather and develop remarkable work." 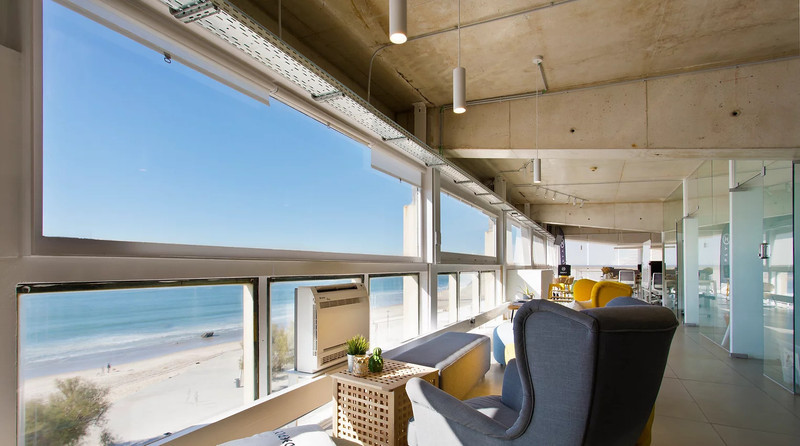 "The DeHouse co-working space aims to contribute to that by offering a beautiful space where we can all collaborate,” he added.

In 2022, we actively participated in a plethora of events - as speakers, sponsors or partners at some, and visitors for many others. We went to great distances across the four corners of the world – from Europe to North & South America and Asia - striving to attend prestigious blockchain conferences and web3 events to introduce TAIKAI and Bepro Network to the web3 space.

Additionally, these events provided us with an immense source of knowledge and inspiration regarding other remarkable projects that have won our admiration.

Here are some of the most important events we attended, hosted or sponsored: 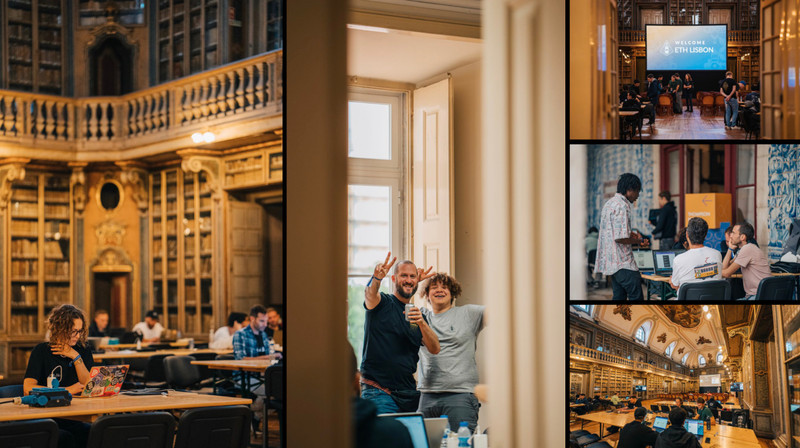 As we bid farewell to the year, we can't help but feel a sense of gratitude for all that we've experienced and accomplished.

As we look ahead to the new year, let's continue to #buidl on the progress we've made, embrace new opportunities, and face any challenges that come our way with determination and optimism.

Thank you for joining us on this journey through the year in review, and we look forward to sharing more memorable moments with you in the year to come.

In the name of the TAIKAI team, we wish everyone happy holidays and a wonderful 2023!

10 Key Metrics for measuring the success of Software Development Teams

A Hackathon NPS (Net Promoter Score) is a great tool to gauge the success of your hackathon by leveraging feedback from attendees and improving future events.
See all

Stay up-to-date with the developer economy and everything related to the ecosystem!

The platform to Launch and Join Hackathons[email protected]