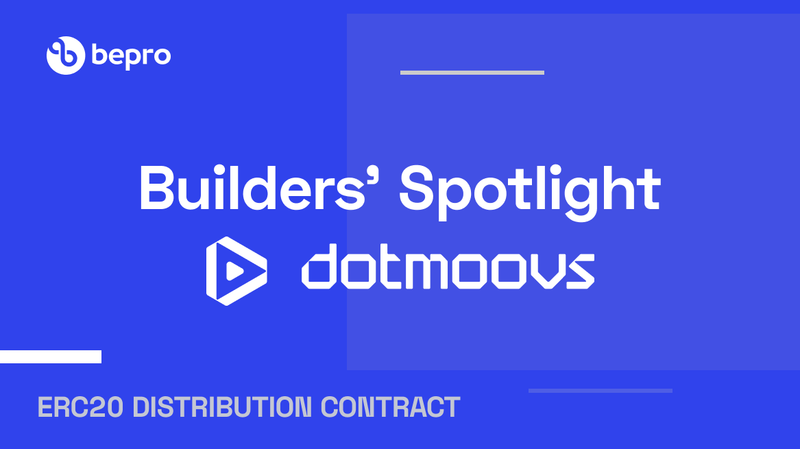 Distribution and vesting of ERC20 tokens

dotmoovs is a crypto mobile competition platform that enables peer to peer incentivised competition between athletes. Their AI based video referee will evaluate sports performance in competitions and ensure matches are fair in a variety of sports. Athletes can earn and monetize their sports training at home using Dotmoovs, and be rewarded with MOOV tokens.

dotmoovs used BEPRO Network’s Codebase for its token distribution smart contract. This template also allows for token locking and vesting in an audited and secure framework for accurate and transparent distribution of MOOV.

The on-boarding of dotmoovs as another BEPRO Network builder truly shows the universality and usefulness of bepro-js. At BEPRO Network, we are building the blockchain tools and codebase that allow projects like dotmoovs to quickly and efficiently bootstrap their ideas.