We are thrilled to announce BEPRO Network is partnering with Meter.io for BEPRO token bridge technology between Ethereum and Moonriver. This partnership is really important towards BEPRO Network’s Mainnet since it will ensure a fast and secure bridge from Ethereum to Moonriver for the BEPRO token.

Meter is an infrastructure for connecting smart contracts on different blockchains, while helping them to scale their resources. Meter’s full bridge to Moonriver is their official bridge enabling 20+ assets to transfer between blockchain networks. This will connect the Moonriver parachain and Kusama network to Ethereum, Binance Smart Chain and Meter. This is a crucial step for BEPRO Network’s roadmap towards its Moonriver mainnet release. 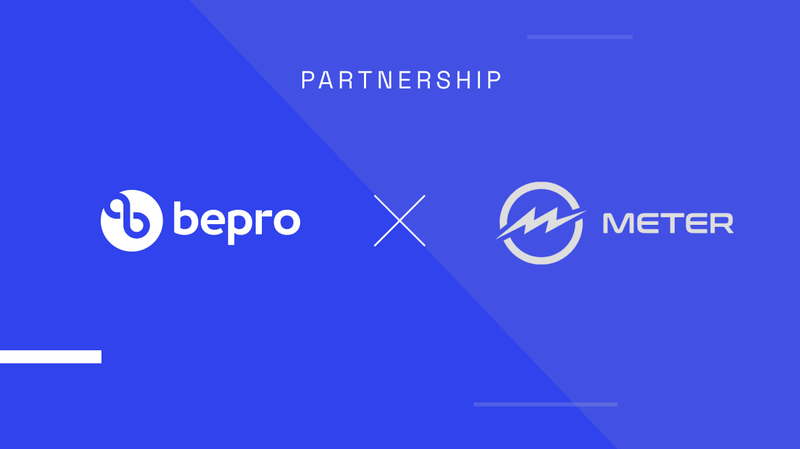 Road to Mainnet via Moonriver

At BEPRO Network, we are committed to bringing the most useful and robust Autonomous Protocol for Decentralized Development. A marketplace and system that connects developers with operators or anyone looking to build open-source development repositories.

Our goal with BEPRO Network is to create an ecosystem of tools and resources for developers and companies that want to build decentralized applications, in a fast and secure way.

We envision a place where builders and developers manage disputes in the network, participate in it and earn token rewards by curating the system & providing development resources.

As BEPRO Network’s deployment on Moonriver mainnet is being finalized as we speak, we wanted to ensure that such transition via Meter’s token bridge technology to go smoothly in a user-friendly manner. Next week, we will be publishing a detailed set of instructions on how to do so.

Meter is a highly decentralized Ethereum scaling solution with a built-in metastable gas currency. It connects to Ethereum and other blockchains as a layer-two protocol and allows smart contracts to scale and communicate seamlessly through heterogeneous blockchain networks.